I suspect it’s the ONLY way to describe a character because, as humans, we don’t know how to describe anything other than ourselves and, fortunately for writers, that includes a huge range of characters from the most lofty, nicest characters imaginable to the worst scum of the universe. 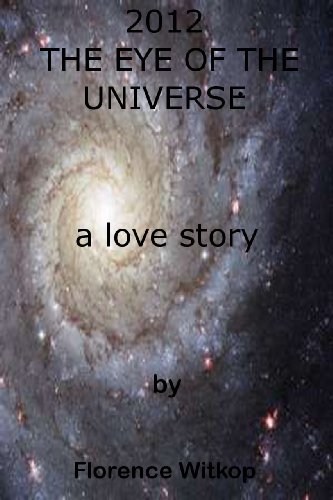 Actually, it’s not as hard as you might think. As a short story writer, I wrote one story a week, which is par for most writers of short fiction. But that means there are times when the creative juices dry up. Sort of.
That’s when I learned to look at the menu on the satellite TV or the TV Digest or the reviews of books and/or movies and/or TV shows.

No, I didn’t steal the stories themselves, that would be impossible when all that was given was a one or two-sentence blurb giving a general idea what they were about.

But they gave me ideas that eventually ended up becoming my own stories.

Sometimes I’m sure I changed the endings, though that was usually impossible to know since the endings are seldom given away in those brief descriptions.

I probably also changed the protagonists to suit my whims and the needs of whatever story was beginning to form in my imagination from reading those brief descriptions.

Still other times I’m guessing that I changed the settings, time frames, socio-economic status, family situation, age or sex of the protagonists. Again, I’ll never know because such things are seldom explained in those short descriptions.

Whatever I did, each and every change made the story so significantly different that the result was never even remotely recognizable as the story that provided the inspiration.

I wrote for the women’s market so I looked for women’s stories. If you want to write a science-fiction story, then look to that genre for inspiration.

The picture is the cover of one such story I wrote.

And good luck to all you writers out there.

Both because writing is both exhausting and energizing. It all depends on what step I’m at in the process whether I mentally and emotionally sag or whether I look at what I’ve done or am doing and realize that it’s pretty good.

Traps for new writers? They are all mental:

Depends ——-
There are two kinds of writers of novels:

‘Pantsers’ write by the seat of their pants. They just sit down and start writing. They normally end up doing a whole lot of revision and rewriting and, occasionally, even changing the thrust of the story, but they say this method allows their mind free rein and results in a better product.

‘Plotters’ outline their novel and describe their characters and often describe and research the setting before beginning. They are comfortable doing this because they know who the story is about, where it’s going, how it’s going to get there, and why they are writing it in the first place. They usually spend less time changing and rewriting but that’s balanced by the extra time they put in before beginning.

So it just depends on which kind of writer you are.

I started out being a ‘pantser’ and ended up being a ‘plotter’ when I realized I was writing pages and pages of beautifully worded fluff that said nothing and went nowhere.

I liked this book enough to read it straight through. Though the book is complete in itself, (a wonderful and somewhat rare thing in a series), if you want to truly know what happens later, you must read the sequel. A generous portion of the next book is included at the back and I liked that but I’m  not sure I’ll go looking for the sequel though I will read it if I happen to come across it.

It’s the dystopian sci-fi story of the end of the world as we know it and of the few people who can start anew because they were on one of several space stations when the end came. The plot is a bit more complicated than I prefer but I like straight-as-an-arrow plots that go in a predictable manner from beginning to end. This book’s complex route took a couple twists and turns that I believe would have come off better if they’d been foreshadowed.  If there’s anything truly negative about Space Junque, that lack of foreshadowing when the plot suddenly makes a 190 degree turn is it.

But I liked the story. I like end-of-the-world stories as long as there’s a new future in sight and there is in this book. And I liked the characters, all of whom were the right people in the right place at the right time to do what needed to be done. And I loved that the sex, of which there was a fair amount, was done right. I got the feel for the emotions of the characters without being overwhelmed with details.

So it was a good story and I’m glad I read it. And maybe I will read the next in the series after all. I want to now what new world they can create.